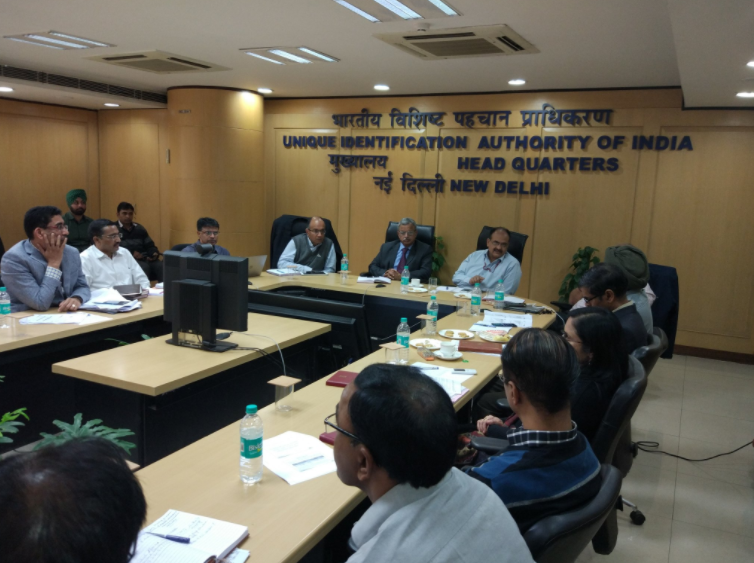 New Delhi: A right to information (RTI) response from the Unique Identification Authority of India (UIDAI) is raising more questions than it answers as several people have come forward to challenge the accuracy of the response. In the response to an RTI query filed through YouRTI, the UIDAI claims that no Twitter handles are blocked either by @UIDAI or @ceo_uidai. This has touched off fresh controversy as several people have posted screenshots on Twitter alleging that they are still blocked by @ceo_uidai. For skeptics and critics of Aadhaar, one of the sticking points has been the seeming opaqueness of the system. On Twitter this took a literal turn when several users claimed in February and March that they were blocked by the @UIDAI handle belonging to the Unique Identification Authority of India and @ceo_uidai, the official handle of A. B. P. Pandey, the head of the authority. From a DM I came to know UIDAI's CEO is on Twitter. So I searched handle. I assure u I have never interacted with @ceo_uidai. Yet Blocked! pic.twitter.com/4w2jMTl085 — #DestroyTheAadhaar #BanDigitalElections #DefeatCIA (@Stupidosaur) February 14, 2017 Incredible. Within weeks of our raising critical questions on #Aadhaar two public authority handles @ceo_uidai @UIDAI blocked Rethink handle pic.twitter.com/22QuC61ovM — Rethink Aadhaar (@no2uid) February 28, 2017 The initial RTI was filed by YouRTI founder Sushil Kambampati. “We followed up on a question submitted on the portal and filed the RTI query in March,” Kambampati said. “At that time, several people on Twitter had reported being blocked. When we received the response from UIDAI this week, I was curious whether anything had changed. So I reached out to a couple of people who had said they were blocked.” Several people confirmed that they were still being blocked by @ceo_uidai, even though @UIDAI had stopped blocking them. If, in fact, @UIDAI or @ceo_uidai are blocking Twitter handles, it raises questions about what social media policies are in effect at UIDAI. In the RTI response, UIDAI did not answer questions related to social media policy, saying instead, “Not Applicable.” It is also questionable whether such blocking actions are legal or are appropriate. Privacy lawyer Apar Gupta, for instance, has pointed out that this could be unconstitutional. Can public authorities block twitter handles due to criticism and questions ? Impacts a citizens ability to receive information. https://t.co/ppYQHIrAXn — Apar (@aparatbar) February 20, 2017 Have said it once, will say it again. It is unconstitutional for @ceo_uidai and @UIDAI to block people from following them on twitter. — Apar (@aparatbar) April 28, 2017 The RTI Act provides for a person to appeal with the Central Information Commission in case she feels that she has been given “incomplete, misleading or false information” under the RTI Act. Kambampati said that they would be filing an appeal to the response because the response was incomplete. “The responses as to who operates the Twitter handles and what policies led to the blocking of accounts were ‘Not Applicable’. There is no explanation why not,” Kambampati said. “When a response is incomplete, we follow up.” This is not the first time that UIDAI’s RTI responses have raised further questions. The Twitter handle @no2uid posted an image of a response in which UIDAI did not provide any numerical information about how much Aadhaar had reduced leakages in the [M]NREGA programme. One of the original purposes of Aadhaar was to prevent leakage and fraud in government subsidy schemes. Responses from UIDAI to several RTI queries filed by Scroll.in have also failed to provide basic information such as how many times authentication requests have failed or clear reasons why 85 lakh Aadhaar numbers were deactivated. Another response stated that the UIDAI had no information on the policy for staffing and recruitment of persons for grievance redressal.