No Muslim Candidate Selected in UPSC Since 2018 through TSMSC Rs 7.47 Crores Spend. - A18 Telangana News 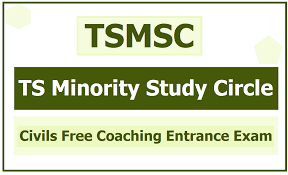 Hyderabad : This is how minority budget spending by authorities. They spent 7.47 Cr since 2018 to provide coaching through Telangana Minority study circle. No candidate selected in UPSC after spending so much money . Only one candidate selected in TSPSC forest recruitment. It’s very difficult to get selected for UPSC with the Telangana state minority study circleThe govt must send a delegation to Jamia Millia Islamia to learn to adopt their practices & implement the same practices here for getting selections.The Minority SCs have just become breed ground of scam by employing inexperienced faculty. According response to a Right to Information (RTI) request, since 2018 no candidate has qualified for the Union Public Service Commission (UPSC) examinations. The initiative was announced in 2015 after the government noted that good coaching facilities were largely inaccessible to those from minority communities on account of their backwardness. The study circle formulated a plan and potential beneficiaries have to appear for a screening test after which 100 successful candidates who qualify are given coaching for competitive exams at premier coaching institutes.“To provide coaching to job aspirants free of cost is commendable and is the need of the hour. However, the RTI response shows that no candidate was successful in UPSC exams since 2018. There appears to be some gap which the government should identify and fill. An increase in number of officers from minority communities will be a step towards inclusion,” said Kareem Ansari, an RTI activist who filed the query.