‘Amendment to RTI Act will weaken it’ 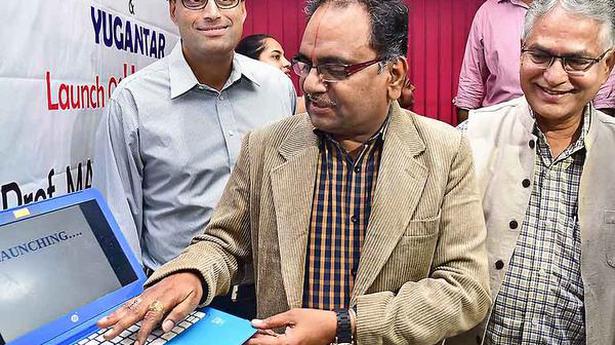 The autonomy of Information Commission will also be affected, says Sridhar Acharyulu The Central Information Commissioner, Madabhushi Sridhar Acharyulu, on Thursday said the proposed amendment to the Right to Information Act, 2005 would weaken it. Mr. Acharyulu was speaking at a session on ‘RTI Act- Challenges and Opportunities’ at Press Club at Somajiguda where he also launched the youRTI.in portal. The event was jointly organised by Yugantar, an NGO, and Media Education Foundation India (MEFI). The CIC said if the amendments were made to the existing RTI Act, there was a likelihood that they would adversely affect the autonomy of the Information Commission and impact citizen’s access to information. He also said the amendments would impact the tenure of information commissioners at the State and Central level. Stating that the RTI Act was important to ensure freedom of speech, Mr. Acharyulu underscored that those filing RTI queries should research the subject well to ensure that the information requests are not denied. He expressed concerns over instances in which files have ‘disappeared’ from government departments and observed that there was no procedure to tackle the issue. Speaking at the event, MEFI chairman K. Srinivas Reddy criticised the governments of Andhra Pradesh and Telangana for their negligence of RTI despite strictures passed by the High Court. Sushil Kambampati, youRTI.in founder, said there was no conflict between right to privacy and right to information as public officials should have no expectation of privacy when they are carrying out their official duties. The youRTI.in portal enables users to port RTI queries anonymously. A list of Public Information Officers is also available on the portal.