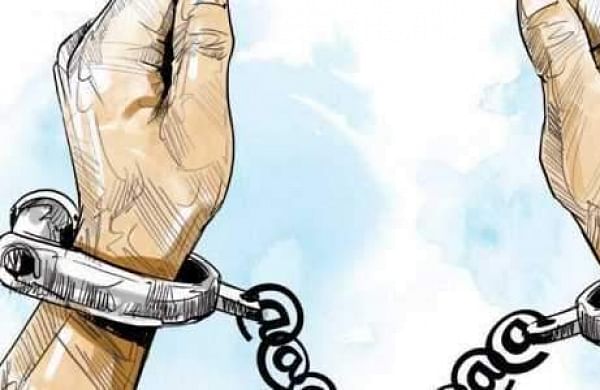 HYDERABAD: In the youngest State of the country, Telangana in the last five years as many as 576 foreign nationals were languishing in the State prisons, reveals an RTI application, filed by the Express on yourti.in.

The RTI revealed that of the total number, there were close to 557 male and 19 women, who were undergoing trials.

However, as of June 2019, there are only 36 undertrial foreign prisoners in Telangana, the rest are not facing any charges.

Among these undertrials, after Nigerian nationals, most prisoners were from Myanmar and several other countries including people from Oman, Yemen, and the USA.

Of the many Nigerian nationals, who are facing criminal proceedings, nearly 267 nationals were arrested and were sent to jail. Of the 81 people from Myanmar, 81 were sent to jail, including three women. According to the data procured through RTI, the majority of the foreign nationals have been caught under various Indian Penal Code (IPC) sections of cheating and forgery.

A substantial number of them were also facing trial under the Narcotic Drugs and Psychotropic Substance Abuse (NDPS) Act for possession and misuse of drugs. Several of the foreign nationals were also under trial for forging their documents and for overstaying.

However, in the last five years, the State saw only 17 convictions, primarily under the Passport and Foreigners Act.

Experts note that this is due to the laxity on the part of police officials as investigations are not being carried out in a timely manner and no review is being undertaken by senior police officials.

“The NDPS Act is an interesting Act, under this Act, the burden of proving once guilty lies on the shoulder of the accused. This Act is unlike other laws, where the government has to prove that the accused is guilty. Whenever, an accused is caught under this Act, they are probably caught with drugs, but sue to the poor investigations there is a delay in the case proceedings,” said Padmanabha Reddy, Forum for Good Governance.

Senior officials from the prisons department also note that most foreigners are remand prisoners, who are caught for overstaying in the country, more than the limited time mentioned on their passport.