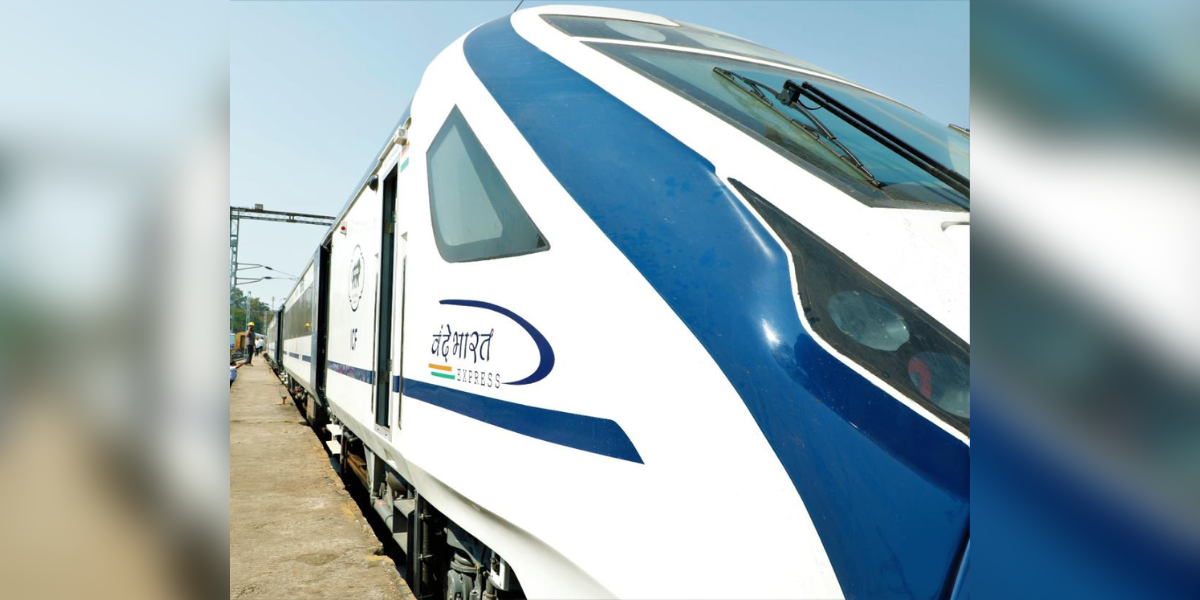 The Secunderabad-Vizag Vande Bharat Express is all set to be flagged off by Prime Minister Narendra Modi virtually on 15 January at 10:30 am. This is the country’s eighth Vande Bharat Express — and the second in South India after the one on the Mysuru-Chennai route. The 16-coach, indigenously-made train — lined with red and blue seats, and swanky interiors — has a seating capacity of over 1,100 passengers. It can travel at speeds between 130 km and 160 km. There are 14 AC Chair Car coaches and two Executive AC Chair Car coaches. Secunderabad-Vizag Vande Bharat details Once commercial operations begin, the Vande Bharat train will leave the Secunderabad railway station at 3.15 pm and cover the almost 700-km run to Vizag in a little over eight hours. The Vande Bharat from Vizag will leave at 5:45 am and reach the Secunderabad railway station at around 2:45 pm on the same day. The intermediate stops of the train — which will run every day, except Sunday — include Warangal and Khammam in Telangana, and Vijayawada and Rajahmundry in Andhra Pradesh. On the day of the launch, however, it will stop at several other stations, including Cherlapally, Bhongir, Jangaon, Madhira, Nuzvid, Tadepalligudem, Samarlakota, Tuni, Anakapalli, and Duvvada for the convenience of regular train travellers. All set to serve the people of Telangana & Andhra Pradesh! Catch glimpses of the 8th Vande Bharat Express soon to be flagged off by Hon'ble Prime Minister Shri @narendramodi. pic.twitter.com/csDOMvwBxE — Ministry of Railways (@RailMinIndia) January 14, 2023 Maiden voyage The prime minister will flag off the train’s maiden journey as a gift to the people of the two Telugu-speaking states on the occasion of Sankranti. Union Minister of Railways Ashwini Vaishnaw and Union Minister of Tourism and Culture G Kishan Reddy will be physically present at the Secunderabad station on platform No 10 from where the train will depart. Sankranti Gift for the people of Telangana and Andhra Pradesh: Hon’ble PM Shri @narendramodi to Flag-off Indigenous-technology built Vande Bharat Train between 2 Telugu States on 15th Jan, 2023: Here are details of the inaugural programme: pic.twitter.com/tK83SFyo5d — G Kishan Reddy (@kishanreddybjp) January 14, 2023 All aboard! The Secunderabad-Vizag Vande Bharat Express will reduce the travel time by four hours compared to other express trains operating between the two cities, including super-fast trains like Duronto Express and Visakha Express. During its maiden voyage, students from central government-sponsored schools, including Kendriya Vidyalaya, who won in various contests organised by the Railways, will board in groups with their parents. Commercial operations will begin on 16 January. The South Central Railway will issue a notification enabling passengers to buy tickets for the Vande Bharat Express. Secunderabad-Vizag Vande Bharat express ticket fare The ticket fare from Secunderabad to Visakhapatnam: Executive Chair Car: ₹.3,120 Chair Car: ₹1,665 The Vande Bharat ticket fare from Secunderabad to Vijayawada: Executive Chair: ₹1,775 Chair Car: ₹905 The train consists of 14 AC Chair Car coaches and two executive AC Chair Car coaches with a total capacity of 1,128 passengers. Stone-pelting incident On 12 January, despite the train being under constant surveillance by railway security personnel, stones were pelted at it in Visakhapatnam during its trial run. The video shows that a man intentionally pelted stones on Vande Bharat, it might have been on instructions of someone but everyone should remember that through such acts, the name of our entire state get affected. It is our collective responsibility to take care of gvt property. pic.twitter.com/QDwsaJjHpz — Vishnu Vardhan Reddy (@SVishnuReddy) January 13, 2023 Three persons — G Shankar, T Chandu and P Raj Kumar — were later arrested by the railway police for attacking the train and damaging the windowpanes. The police arrested the trio based on footage from surveillance cameras in Kancharapalem in Visakhapatnam. The next route perhaps? On 13 January, RTI activist and project manager at YouRTI.in Kareem Ansari filed an RTI with the Secunderabad Divisional Railway Manager of the South Central Railway. He sought information regarding plans to introduce a Vande Bharat Express between Secunderabad and Bengaluru. He also sought information regarding whether this train would pass through Kurnool. Ansari tweeted a copy of the formal response he received, which stated, “No such information is available in this office.”